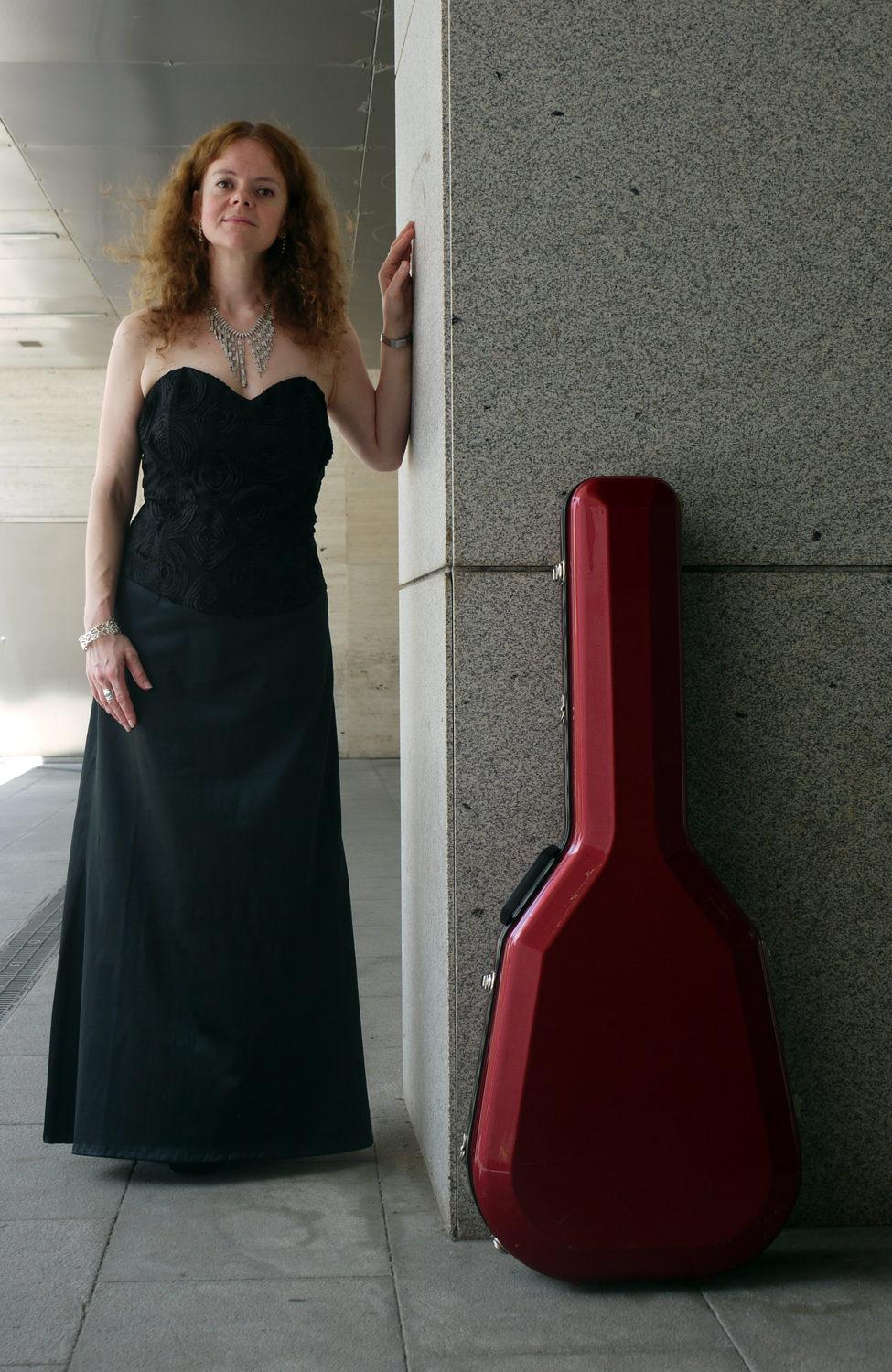 One of the most versatile and charismatic guitarist on the current scene, Marisa Gómez is an exceptionally dedicated and gifted performer whose passionate artistry has been heard and embraced around the world. She has been hailed by critics and audiences alike for her lush tone, the nuanced lyricism of her playing, and her commanding stage presence.

Born in Argentina, Marisa Gómez began studying the guitar at the age of six. She holds degrees from the Quilmes Conservatory (Argentine) and the Royal Conservatory of music in Madrid (Spain). She also studied violoncello and orchestral conducting at the University of La Plata. Other notable teachers include David Russell, Manuel Barrueco, Eduardo Fernández, Konrad Junghänel, Leo Brouwer and especially the great maestro Eduardo Isaac.

A particular interest in contemporary music has led to several world premieres. She is a remarkable exponent of tango and other Latin dance music, reflected in her nine CDs: Five solo guitar albums (one sponsored by UNESCO) and four with different chamber music groups.

Known for her variety in programming and ability to communicate with audiences of all ages, Marisa Gómez has performed several times with Orchestras playing soloist concerts by Villa-Lobos, Castelnuovo-Tedesco (Concert in D and Romancero gitano), Vivaldi and Piazzolla. She frequently plays chamber music concerts with groups as the “Gea-Gómez Guitar Duo”, the “Boccherini Duo” of cello and guitar and others.


Currently, she is professor in the "Conservatorio Superior de Müsica de Castilla y León" in Salamanca, Spain and is frequently invited to perform and give master classes at major festivals, music seminars and at prestigious universities worldwide.